Why buy from us?

2007: The two selfemployed businessmen Manfred Abenthung and Michael Mariani decide in an internal meeting to found a new company. The aim of this company will be the development and design of their own high-quality genuine leather overknee boots.

2008: The company AMProducts International Trading OG is registered in the commercial register. Preparations such as supplier search, distribution channels and above all the development of the first two boot models are in full swing. In August 2008, the first pair of boots under the brand name AROLLO will be sold on Ebay.

2010: A year of big investments. Another 4 styles found place in our offer. Two blogs have been set up at www.arollo.de and www.arollothighboots.com. The old online shop www.arollo.net was reprogrammed into a blog.

2011: AROLLO runs its first Facebook page and starts with the promotion of the products in social media. The first video created by AROLLO is posted on Youtube and only reaches a few 1000 clicks.

2013: The product range is constantly expanding. AROLLO manage some of the above-average successful creations, such as the Queen series. The very first cooperation with a professional model from the fetish scene is completed. Stella van Gent is a well-known fetish model in Germany and helps us enormously in making the brand AROLLO better known in Germany. Many other collaborations with international models should follow. We move into our new office / warehouse in Bleichenweg in Innsbruck.

2014: We are developing one new Thigh High Boots, which should be among the top three of the most successful AROLLO boot models: The Long Overknee Boots Victoria. Sales this year are rising for the sixth time in a row. The first video on Youtube exceeds the 100,000 Click mark.

2015: The first AROLLO Boots calendar will be launched in October. 12 international models from the fetish scene were shot in our boot creations. Already the first issue was a great success and sold out within a few weeks. The AROLLO Facebook page exceeds 50,000 subscribers. After a long search and many failures, we finally managed to offer our boots also made to measure. With the professionals of Schuh Staudinger in Innsbruck, we have found someone who can handle the technically very complex and difficult shaftmodification into the highest quality.

2016: Everything is new: During the year, the entire website will be redesigned. New logo, new corporate identity all blogs get a consistent look. With Mario Hieber from the internet agency quoup, we finally found a professional partner for Internet advertising. We conclude a long-term contract. At the end of the year, we will exceed the 100,000 subscriber mark on Facebook.

2017: Big changes are coming up in the spring. Manfred Abenthung decides to leave the company to be 100% active as a real estate investor. Michael Mariani takes over the 50% shares of Manfred and leads the business under the company name MMProducts International Trading KG alone into a successful future. The brand name AROLLO naturally remains. In late summer, a Youtube video exceeds the 500,000 Click mark. From the 17th to the 19th of November we are exhibitors at the Passion 2017 European BDSM and Fetish Fair in Hamburg. Also in November we could do our first own show at the Caspian Fashion Week. Our Russian brand ambassador Olga Egorova organized this unique show. It was a great success for AROLLO and our first big step into the Russian market.

2018: AROLLO celebrates its 10th anniversary. We move to our new location in Telfs. After 10 years in Innsbruck, on 1st. March 2018, we move to our new premises in the business park RISA in Telfs. In July two brand new styles are in our collection – The Overknee Boots Lady Olga and the Thigh High Boots Lady Olga.  AROLLO´s first really Low Heel Boots. Also in July we finally launched our brand new Online Shop. About 6 month of developing and programming are behind us. Now we can provide all visitors the best tools in Online Shopping for now.

2019: After the first half of the year, when we worked very hard on developing the brand, we introduced our new collection to the public in August. All together we presented 4 brand new Thigh High Boots. For the first time in the history of AROLLO we have created two models where the bootleg was made of latex. In September the 5th edition of AROLLO Boots Calendar is on sale. By the end of September we released the first episode of the first AROLLO Story. Under the title AROLLO Stories we published 10 episodes of the story about Alena, a mid-forties wife who is fighting with herself and her marriage. The first AROLLO Story was an unexpected success.

2020: Already at the end of February, we did a second relaunch of our Online Shop. After just 18 months after redesigning our Online Shop, we sat down again and incorporated many improvements. Now we are ready to rock the new decade. At the beginning of September we added two new Thigh High Boots to our collection. On the one hand the Thigh High Boots Lizzy, AROLLO’s first model with full length zipper, on the other hand the first AROLLO Chap Boots. In November we converted Black Friday, which is very popular in Europe and the USA, into AROLLO White Friday. A new and great promotion in which we have offered a brand new boot model. In December we published a blog article entitled Danisbodystyle – News Update. Google in the UK ranked this post as very relevant and put it on the news feed. The result was tens of thousands of hits on the article and thus on our shop. It was the most successful blog article since AROLLO was founded.

2021:The entire year was dominated by the Corona pandemic. Nevertheless, we didn’t let it upset us and continued our work as usual. In the first half of 2021, we organized the 3rd AROLLO Photo Challenge, and we ran the June special with one lucky winner getting 100% cash back for their order. Thanks to our foresight, we managed to offer a new Thigh High boot model in time despite the pandemic. The AROLLO Thigh High Boots Kim were introduced to you in September. Also the new 2022 calendar was released in September. However, the Corona pandemic and its consequences hit us. We struggled with broken supply chains and a massive delay in delivery of our best-selling boots. In January 2022, we were finally able to offer the best Arollo boots again

At this point I would like to thank my longtime partner Manfred Abenthung. Manfred had the idea for this business model. Through his creativity, his excellent economic thinking and above all by his great staying power, he contributed significantly to the success of AROLLO. 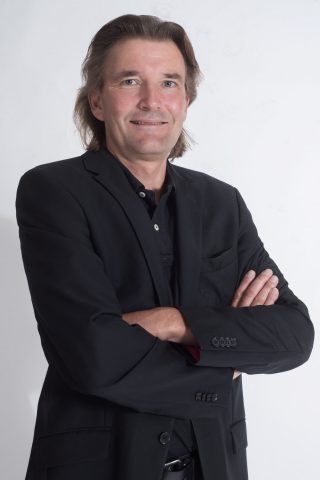